Establishing a greener economy within developing nations is an up and coming topic in policymaking, environment, and economics. The natural foundations that many developing economies possess could be utilised to produce economic benefits is appealing. But before introducing the potential benefits as well as potential drawbacks of encouraging green growth in these countries, it is important to define what a green economy is. Essentially a green economy possesses healthy characteristics such as “low carbon, resource efficient, and socially inclusive” environment (United Nations Environment Programme, 2018, p.1). A green economy contributes to an increase in employment and revenue as a result of investment from both the public and private sectors into economic activities that allow for reduced carbon emissions, green and efficient energy, preservation of biodiversity and the ecosystem as a whole (United Nations Environment Programme, 2018, p.1).

END_OF_DOCUMENT_TOKEN_TO_BE_REPLACED

It has been a long-standing view that the UK’s provision of technical courses falls far short of European alternatives. Rishi Sunak’s Autumn Budget Review revealed the government’s revitalised intention to invest in upskilling, an increase of 42% (£2.8bn). Included in this figure are T-Levels – a new qualification set to provide an alternative route to the current dichotomy of A-Levels and apprenticeships.

T-Levels are 2-year courses entailing an 80:20 mixture of classroom and industrial placement, respectively. They were first introduced in the Careers Strategy in 2018, and were launched in September 2020. The planned trajectory of courses available is auspicious: digital production, health, construction, and education, shifting to industries such as finance, media, and law by mid-2023.

END_OF_DOCUMENT_TOKEN_TO_BE_REPLACED 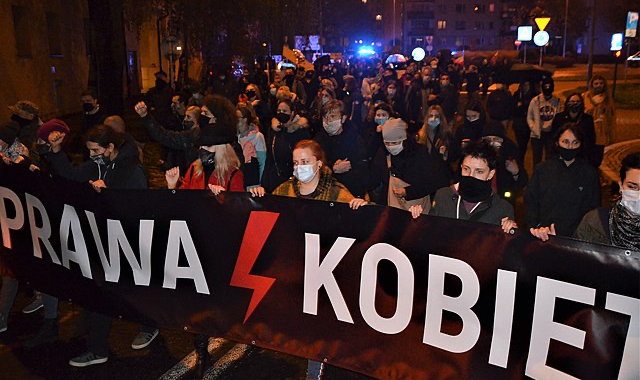 The consequences of Poland’s recent near-total abortion ban are becoming increasingly clear after a 30-year-old pregnant woman, named Izabela, died in a hospital in Pszczyna in southern Poland after being denied a possibly life-saving abortion. In October 2020, Poland’s Constitutional Tribunal ruled that abortions will only be legal in cases of rape, incest, and when a mother’s life is endangered, while terminating a pregnancy with fetal defects is against the Polish Constitution. Izabela’s is the first death publicly linked to the ban. Although Izabela died in September 2021, the story was only made public in early November.

END_OF_DOCUMENT_TOKEN_TO_BE_REPLACED

The narrative regarding refugees and migrants has often been couched in negative terms, which has led in turn to the isolation of such individuals. This is partly a cause of the criminalisation of migrants perpetuated in the media, leading to xenophobia and racism, or top-down policies that do not take into account lived realities. This is clearly evident in the case of the EU-Turkey deal of 2016 – an agreement to discourage refugees from seeking asylum in Europe. It allowed Greece to send incoming ‘irregular migrants’ to Turkey instead – the latter would increase measures to stop illegal migration and would in exchange receive €6 billion in aid from the EU for its migrant communities; the agreement also included the possibility of resettling of one Syrian refugee in the EU for every one that Turkey let in. It is clear that this agreement is a political strategy benefiting EU countries at the expense of refugees’ rights, and despite being heavily criticised as such, it was still pushed forward.

Turkey had essentially taken on the heavy burden of becoming Europe’s new buffer zone. The toll of this was not fully realised until February 2020 when Turkish authorities announced the reopening of the border shared with Greece amid accusations that the EU had not provided Turkey with the promised funding to support 3.6 million refugees within its borders. Following this, hundreds of refugee communities in the country rushed towards the border with the hopes of gaining entry into Europe, and according to interviews conducted on the ground by Amnesty International representatives, there were free buses ready to transport them to the border region. This political move to pressure the EU into more cooperation once again came at the expense of these migrants flooding the border, where they were pushed back violently by the Greek border security.

END_OF_DOCUMENT_TOKEN_TO_BE_REPLACED 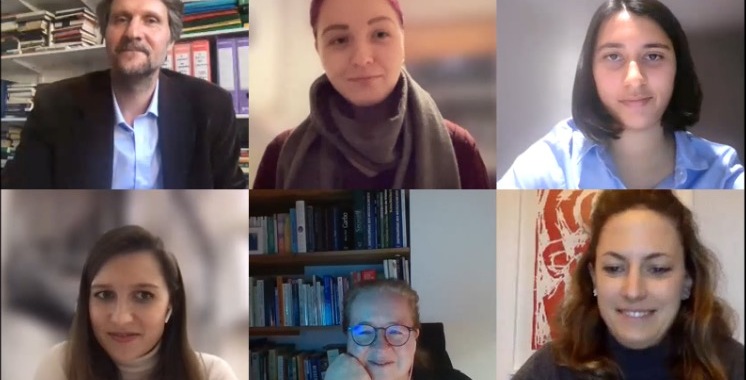 On Thursday 18th November 2021, the Policy Centre for European Affairs hosted a webinar on the topic of European identity, focusing on the question “Should we be European?“.

END_OF_DOCUMENT_TOKEN_TO_BE_REPLACED

Europe is undergoing an energy crisis as a result of supply-side issues and a dependence on unreliable imports. The key commodity in question is natural gas, heavily utilised by many European countries as they work to reduce their reliance on coal and thus reduce their carbon emissions. However, prices for gas in the UK have increased four-fold over the past year and continue to break record trading prices. Many stakeholders in the UK and continental Europe stand to face significant losses in during the post-pandemic recovery as a result of this energy crisis. Households could face unprecedented gas bills as winter approaches, firms could see an enormous rise in operating costs while governments risk large budgetary strains as they seek to assist at-risk individuals and households while maintaining the operational integrity of their economies. All this, while the post-pandemic recovery continues to flounder around the world.

END_OF_DOCUMENT_TOKEN_TO_BE_REPLACED

At the UN conference in September 2020, President Xi Jinping announced that China will “have CO2 emissions peak before 2030 and achieve carbon neutrality before 2060”. Details of how this target will be achieved will probably not be released until the 14th Five-Year Plan (FYP) is announced. Nonetheless, if China fully implements a strategy to reach this goal, it will have massive implications for reaching the global 1.5 degrees Celsius target. This is because China accounts for the highest percentage of CO2 emissions worldwide, with Chinese power plants burning 25% of the world’s coal reserves and with renewable energy output only accounting for 9% of the country’s total energy [1]. Paradoxically, despite its massive energy consumption, it is also the largest producer of solar and wind energy and the leading investor in clean energy technologies worldwide [2]. Not only does China have 47% of all electric cars in the global market [3], it also refines four-fifths of the world’s supply of cobalt, an essential component in lithium ion batteries, the most common storage of clean electricity [4]. In addition to investment and manufacturing of sustainable energy technology and following several regional pilot emissions trading schemes (ETS), the Chinese government implemented a National Emissions Trading Scheme (NETS) in 2017 and enforced it in 2020, initially covering 2,267 power plants [5].

END_OF_DOCUMENT_TOKEN_TO_BE_REPLACED

In retaliation for ongoing sanctions imposed by the European Union on Belarus after its disputed presidential election in 2020, President Lukashenko vowed earlier this year to allow migrants to cross Belarus’ borders into EU member states. In a widely publicized move, Belarus is granting easily accessible tourist visas to migrants, many of whom are Syrian refugees residing in Iraq. Supposed travel agents operating in Iraq organize these special tourist visas and flights to Belarus, promoted by the Belarusian government, for desperate refugees. This loophole enables refugees to bypass treacherous boat trips across the Mediterranean and instead travel to Belarus, drive to its border, and walk into one of its three EU neighbour states: Poland, Lithuania or Latvia. Belarusian soldiers are even enabling refugees to cross their border. Consequently, the EU has accused Belarus of purposefully trafficking in migrants hoping to enter the EU in order to destabilize the region as part of a coordinated attack.

END_OF_DOCUMENT_TOKEN_TO_BE_REPLACED

The 2021 Federal Election brings substantial political changes for Germany. After 15 years, Angela Merkel will no longer be the chancellor, as her party, the center-right Christian Democrat Union (CDU), has suffered their worst ever result, with just 24.1% of the vote. The Voters favoured the center-left Social Democratic Party for Germany (SPD), which received their best result since 2005, the even further left Green party, and the classical liberal Free Democratic Party (FDP). These three winners of the election are forecast to constitute the most likely ruling coalition, aptly dubbed the “traffic light” coalition after their party colours. While negotiations are ongoing and an alternative party arrangement remains possible, if unlikely, Eastern European (EE) states are already able to anticipate their strategies for interaction with Berlin.

END_OF_DOCUMENT_TOKEN_TO_BE_REPLACED

On February 10th, 2021, the Education Policy Centre hosted an event to discuss the impacts of Covid-19 on the English schooling system and its approaches to creativity. Considering the multidimensional nature of creativity, the event afforded a broad understanding of the word as well as a specific reference to the arts. The event’s title “Education in times of Covid-19: Challenges and Opportunities” served as a springboard for two experts, Professor Catherine Boyle and Laura Mcinerney, to share their insights and experiences in their respective field.